The Nine Building Blocks of Scaling – Part 2 of 9

The Nine Building Blocks of Scaling – Part 2 of 9

In my previous article I talked about the importance of people, roles and responsibilities and how having these in place is an important aspect of scaling. In this article I will discuss another important building block of scaling, namely departments.

For the most part people do understand departments and organizations are commonly split according to the different functions people perform. There are however a few important things to take note of regarding departments.

Departments Need to be Clearly Defined

Using specific language and having a way of thinking about a department leads to the creation of a structure. The thinking inside of an organization around that department would already have formed and later on as more people come on board, there is already the idea of a department and the function that department serves.

If there is a department it stands to reason that someone will be put in charge of that department creating accountability. A Department Head or Manager will be responsible for that department and other internal structures such as policies, procedures and KPI’s will also need to be put in place.

The next thing that becomes important is the relationships between the various departments. Most people get the idea of departments and have their companies structured according to the various functions, however I’ve seen organizations where a vital function is being performed without the department being officially defined.

Here’s is an example of why communication between departments is so important.

Some key functions in any business include sales, marketing and fulfillment. Effective communication between these departments is vital.

Both sales and fulfillment need to be informed of any upcoming marketing campaigns. They will need to be familiar with the campaign period, which products the campaign applies to and any specific terms and conditions. If only one promotional item is allowed per customer, or a discount applies only to orders over a certain value these things need to be communicated clearly, timeously and effectively, to both sales staff and customers.

The fulfillment department will also need to ensure that the company can meet customer demand. It helps to put communication systems in place to ensure smooth communication between departments. We will discuss this in detail in an upcoming article.

Overlaps occur when two different departments take on responsibility for the same function. This is inefficient and leaves the door open for mishaps. A typical example where this would occur would be between sales and fulfillment. If a product is returned, and a customer is given a refund the salesperson would lose out on the commission. The salesperson would therefore be incentivised to ensure that the customer receives what he was supposed to, and that he was happy with his purchase and the overall experience. This however goes beyond the scope of the sales-person whose job it is to make the sale.

A gap could happen in exactly the same way, where the fulfillment department fail to follow-up assuming that sales would take care of it. This example highlights the need to define each department’s roles and responsibilities and have communication structures such as weekly or monthly meetings to ensure that processes are running as agreed and stipulated.

It is also important to ensure the whomever is put in charge of a specific department knows exactly what is expected in terms of his role, responsibilities and KPI’s or metrics and that he is empowered with the proper authority and resources to achieve said KPI’s.

One of the biggest gaps I have come across is where the person overseeing a department has not been fully empowered to perform his duties, where he has not been given sufficient authority or where his authority is undermined.

As a company is growing departments form almost naturally based on a division of labor, the common departments being sales, marketing, customer service, inventory management and shipping or fulfillment.

As the company grows departments may need to be restructured according to the goals of the organization. An e-commerce store for example, may land a national contract with orders coming in from all over the country.

While much of the above may seem obvious I find that departments, particularly in growing companies need to be examined and re-examined as the company scales. I worked with one company who made about ninety thousand dollars in revenue monthly. They did not have clearly defined departments and everybody just kind of did everything. People wore different hats according to the situation and roles and responsibilities were not clearly defined.

The first thing we did was define roles and responsibilities to make it very clear what each person was responsible for. This led to the definition of departments. Even the smallest department was defined. Marketing, for example, was just one person but having defined marketing as a department led to better organization and storage of relevant information.

The process of creating order out of chaos started by clarifying roles and responsibilities which gave rise to identifying different departments which in-turn helped define the KPI’s for each department and the individuals in charge. The result was that the company began to execute better, productivity improved and revenue increased.

Departments as a concept is relatively simple. Having labels for different departments like marketing, sales, receivables or I.T. lets everyone know what function that department performs but more importantly it ring-fences all the different roles of that particular department. It also makes it easier to attach KPI’s, introduce accountability and put communication structures in place, all of which are necessary for a company to scale. 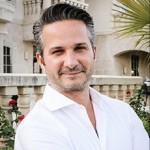 Measuring your Impact with Conscious Capitalism

Conscious Capitalism in a Nutshell

Business, Metrics and Love… putting it all together

Love Yourself, Love your Business